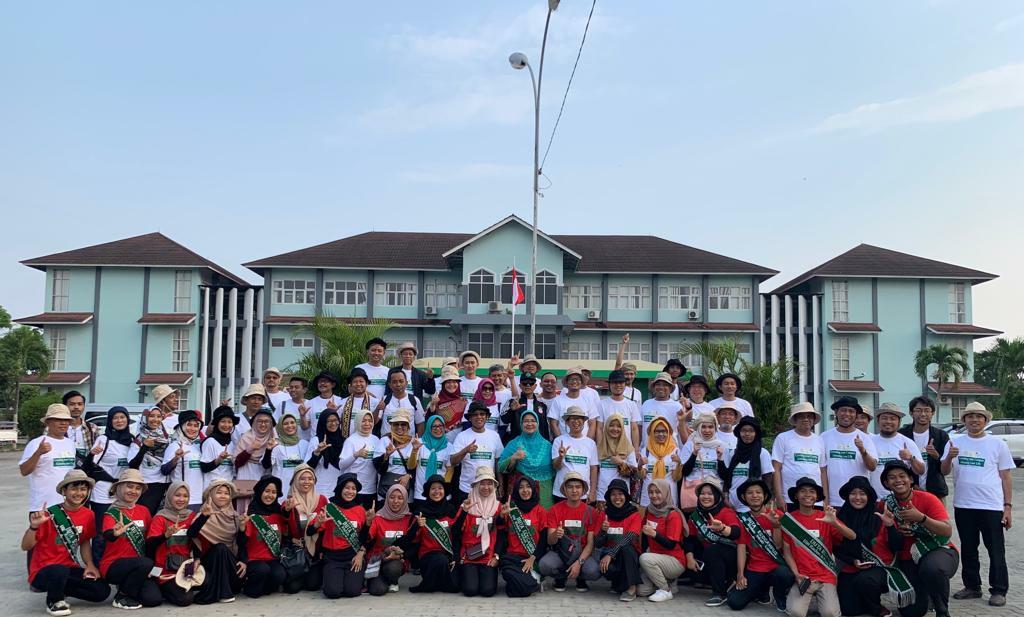 National workshop on UI GreenMetric has been arranged for universities with similar background. For example UIN Raden Intan Lampung organized a workshop at the Emersia Hotel on 14-16 August 2019 in Lampung, South Sumatra. This event was intended to promote UI GreenMetric fo all Islamic universities in Indonesia.

The first day of the workshop began with a dinner with all the workshop participants. Rector of UIN Raden Intan Lampung, Prof. Dr. H. Moh. Mukri, M.Ag. said that various efforts had been made so that UIN Raden Intan Lampung become a green campus, such as there are a lot of biopori wells at UIN, which can hold water so that it can be used for other purposes and prevent flooding, whereas in other areas around the campus flooding sometimes occurs when it rains. He also said that the workshop was in line with the vision of the campus. The Rector also persuaded all of the participants to have an awereness of healthy living and care for the environment and make it as a habit. Prof. Riri Fitri Sari and Drs. Intizam (Head of the Lampung Provincial Environment Department) gave his remarks and officially opened the 2019 National Workshop on Sustainable Religious Affairs.

The event was followed by keynote session presented by the Minister of Environment & Forestry of the Republic of Indonesia, represented by Ir. Helmi Basalamah (Head of the BP2SDM Ministry of Environment and Forestry of the Republic of Indonesia). At this session, there was also declaration on the Green Campus Forum of Islamic Religious Colleges attended by the Vice-Chair of the Rector Forum PTKIN who is also the Rector of UIN Jakarta, Prof. Dr. Amani Lubis. Figure 1. Opening of the national workshop and the Declaration of the Green Campus Forum of Islamic Religious Colleges The second day was continued with experience sharing by UIN Raden Intan Lampung in managing the green campus according to UI GreenMetric Indicators presented by from Dr. Eko Kuswanto M.Sc. (Vice-Chair of Sustainable Campus and Environmental Development Team, UIN Raden Intan Lampung). This achievement is a good start so that UIN Raden Intan Lampung can determine the next target, to be the top 10 green campus in Indonesia. In the last session Prof. Dr. Ir. Ambariyanto, M.Sc., (National Coordinator of UI GWURN for Indonesia and Vice Rector IV of Diponegoro University) represented by Mr. Junaidi, M.A reported the development of UI GreenMetric World University Rankings Network (UI GWURN) Indonesia. As the closing of the event, a campus tour at the UIN Raden Intan Lampung has been organised by some tree planting activities and visit to the new alternative energy sources. UIN Raden Intan Lampung prepared 1 tree for each university which attended this event. In addition to planting trees, the campus tour session also completed with the inauguration of the solar power plant of the university. A dinner at the house of the Major of Bandar Lampung concluded this event in South Sumatra.

The 1st National Workshop on UI GreenMetric for Universities in Ecuador